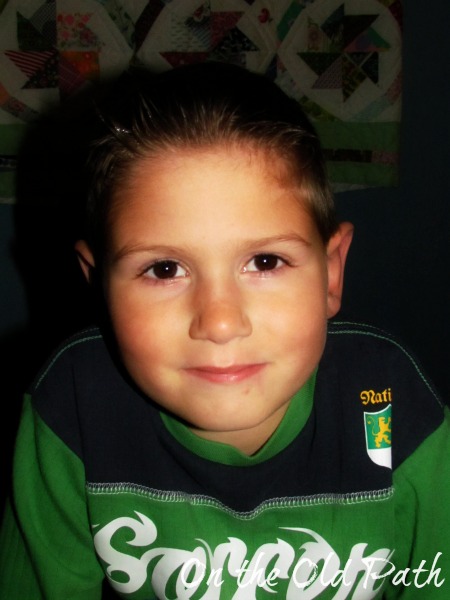 For Joel the surgery to remove his tumour was devastating, with so many side effects.  Yet, because of that surgery he is here today without it I would not have my sweet 7-year-old, so we will gladly battle the side effects.  One of the things effected by the surgery was Joel’s eyes and sight.  Many things down Joel’s right side were effected and his right eye was one of them.  Actually both of his eyes were no longer aligned correctly but the right was far more pronounced and because of that he favoured his left eye causing weakness in the right eye.

(Below the picture of Joel with some hair is only a few weeks after surgery, just before radiation began, the other pictures are of Joel during treatment.) 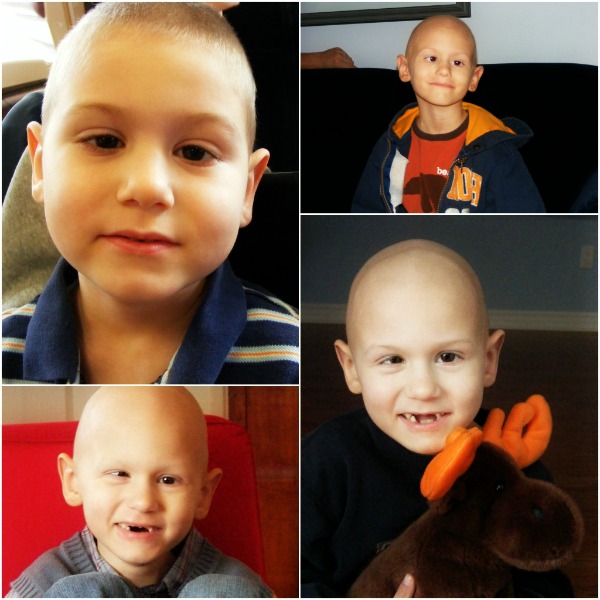 Joel has been closely monitored by an eye doctor since his surgery back in 2010.  He did not want to cause any further stress to Joel’s body so he had us patch Joel’s eye but did not want to do anything more until he was off treatment. 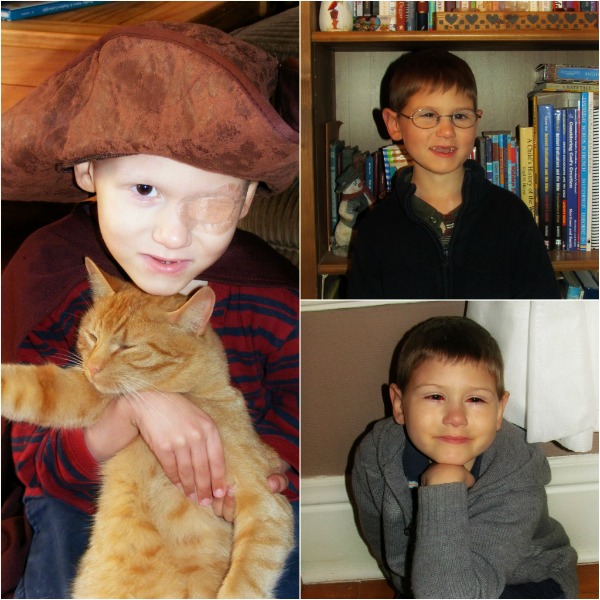 So we patched and waited, and if you must patch then you might as well be a pirate!  Finally, near the end of 2011, Joel got glasses hoping that they might help his eyes align.  They may have helped a little but not enough to avoid surgery, so in April of this year Joel had eye surgery and his eyes were pretty blood-shot for a while.

We saw his eye doctor after surgery and he was very pleased but he told me we would need to wait a few months to see how the eyes would do.  He also told Joel he still needed to wear his glasses.  If you are a regular reader you are probably thinking hmm I don’t remember seeing too many pictures of Joel with his glasses on.  Well, you would be right, he constantly took them off and I’d find them in the oddest place on shelves, in dressers, etc.

Joel went on Friday for an eye test to see how things were progressing.  I asked that they test Joel with and without the glasses as Joel was not wanting to wear them.  I was told that he would most likely test the same with and without the glasses because they were to help with alignment not distance, regardless they humoured me.  Joel tested much better without the glasses and his eye was actually over correcting which is not a good thing.  So his prescription is too strong.  His eyes have improved dramatically and he tested better than he has since his surgery.  He still has some weakness in the right eye so they made a deal with Joel no glasses for 3 months and you patch daily for 3 months.  We will see how it goes. 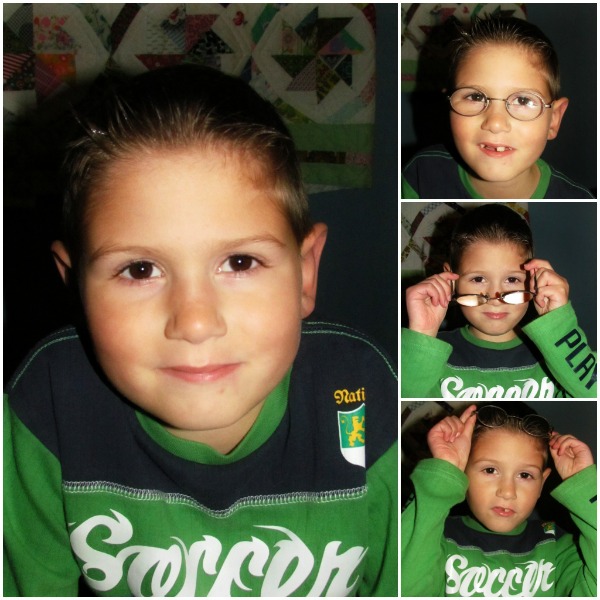 Joel may still need glasses to keep the alignment in place but I am praying that he won’t.  He is also nearing the age somewhere between 8-11 that their eyes become set and no amount of patching will change things.  Currently he sits at 20/30 which is amazing but the hope is, with some intense patching, that it might bring it to a 20/20!  Would you join with us in prayer for that.  Joel struggles in a lot of areas, it is exciting to see one area coming together for him.  Praise God!

You have come a long way little man!   We always want things to happen right away, these eyes have been on an almost  32 month journey to healing, maybe they will be totally healed by the 3 year mark…