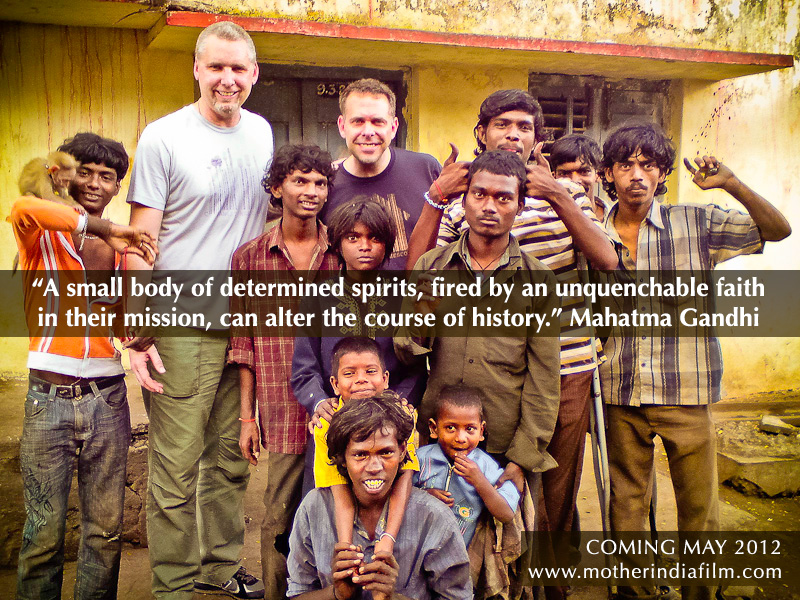 Once again Word Films has given me the opportunity to review one of their films.  This time it is the 47 minute documentary, Mother India.  I think this is an important film that brings to light the ongoing need of orphans in India.

Here is the synopsis that Word Films provides,

With over 31 million orphans in India, David Trotter and Shawn Scheinoha showed up hoping to find kids who would be willing to trust them enough to show them life through their eyes. Filmed over the course of two weeks in early 2012, Mother India gives a glimpse into the life of unaccompanied children as they seek to survive on a daily basis. While the film follows David and Shawn as they develop relationships with the entire group, in-depth interviews with seven of the kids provide insight into the magnitude of their individual pain and struggle. While other documentaries may focus on broad statistics, Mother India seeks to understand life through the eyes of the orphan…

While it is an excellent film it does contain mature themes and is not a film to watch with young children.  However, for mature teens it may be appropriate.  My suggestion to parents is to view the film first to see if you are prepared to discuss all the themes addresses in the film, you may choose to only cover part of it with them.  Yet I do think there is value in sharing portions of the film with your family.  As for adults this is a film that we should all watch.

We live in a society that while we know in an instant when an earthquake has happened across the globe, when there has been a bombing etc. we may react with horror, but ever so casually, we go back to life as we know it.  We are aware there are those less fortunate than ourselves yet we have allowed ourselves to become numb and ineffective.  Mother India not only opens your eyes to the plight of the orphan in India, but, it goes a step further and gives you practical ways you can become involved and help make a difference in a young persons life.

Word Films has also generously offered a copy of the film for one of my readers.   To have a chance of winning a copy simply leave a comment.  I’ll email the winner on Monday the 20th!

For more information about this film Check them out on Facebook, Mother India.

Disclaimer; I was not compensated for my review, I was given a copy of “Mother India” from Word Films and Blogger Gateway in exchange for my honest opinion.