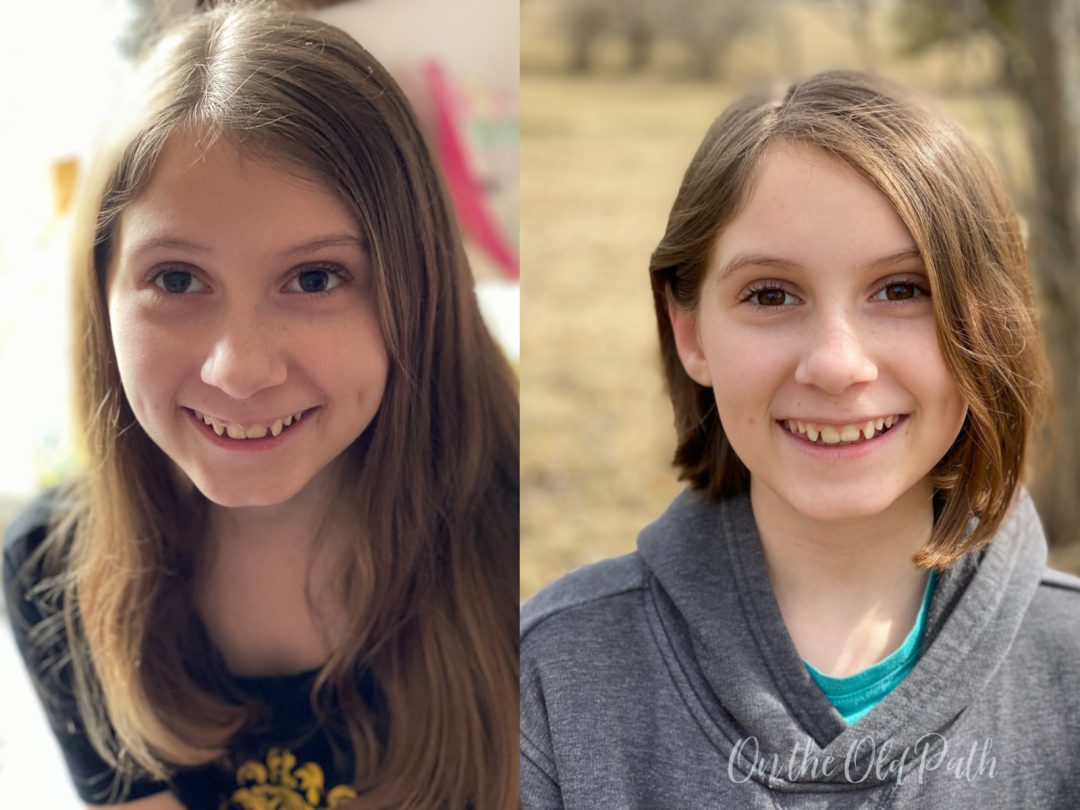 We have been enjoying our time at home as much as anyone can. The kids are a bit restless, we are blessed to be in the country and have space to run and be wild, however they are very aware that there are new borders in place. No trips to the store with Mum or Dad. No going over to friends houses, no lessons, no Care and Share, and no church.

So we all need to get creative with our time. Hannah has been asking for a haircut for awhile, but we had planned on waiting until after her recital and the Highland games, so I could still easily braid it. However with each new announcement of non essential work being locked down longer and longer those two events seem more and more unlikely.

I have cut my boys hair for years since Elijah was just a wee lad, even Dave joined in. Dave’s first haircut was not the best and he was a bit shy about me cutting it again, but years and years ago he finally let me have a second go at it and I have been cutting his ever since. However when it came to my girl’s hair I was only ever brave enough to trim the ends.

Fast forward to present day self isolation…not going anywhere…who is going to see it anyway…? Hannah and I decided it was time!

It took longer than the average hair cut, but the end result is something she loves. I think it looks pretty cute on her too! It looks a little longer on one side in these pictures but it is because some of the hair is falling forward. I know this because I kept thinking one side was longer, I would straighten her head, pull the hair on both sides down and they were the same length. Interestingly, we have noticed that her natural resting place for her head is slightly tilted to that one side. Not sure if she wants y’all to know that but there it is.

There will be no career changes in my future. We had fun cutting it and the crazy conversations that ensued as we spent the time together. I mentioned when this is all over her returning to Suzie at Total Look in Alexandria for a proper haircut. Hannah said she was sure I did as good a job as Suzie. I on the other hand am quite confident that Suzie is the superior with scissors.

How are y’all spending this extra time at home? Doesn’t she look cute?