Elijah and Joshua are taking swimming lessons. I discovered that one of the little girls in Joshua’s class is the daughter of a girl I went to High school with, who I haven’t seen is about 17 years! It has been so nice to reconnect, turns out she is homeschooling too.

They invited us over for a get together this past weekend along with some of her family and friends. Dave could not come along as he had to sleep because he was working that night. Nice right, of course, so what does that have to do with facing fears. Well the problem is they live on the island which means I have to cross the bridge which for must people isn’t a problem. However, for me I have an issue with bridges, as a child I had a reoccurring nightmare about a bridge. 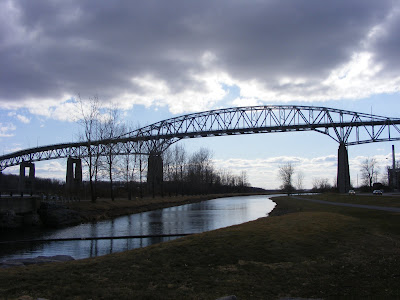 Now my photos do not do this bridge justice it is huge!! It is very high and long, now I know there are bigger bridges out there, but this one has it’s issues. It is a two lane bridge with the only thing between you and the on coming traffic is a painted line. There are two points in the bridge where it turns and you can not see around the corner and it is really high up when you are turning did I mention it is high!!!!!!! I found this other picture of it where you can see how it bends.(This is not even the whole bridge.) Still, nothing compared to being on it. I confess I told my kids to be quiet when they started saying, “Wow, look how high we are. I think I can see for ever.” I did also sing, ‘Jesus Loves Me’. We made it, there and back and once there we had a fantastic time! 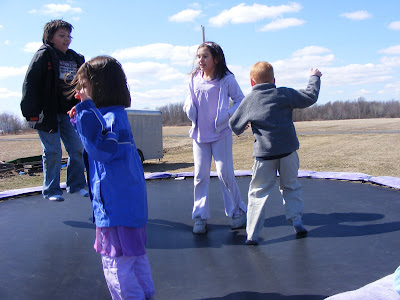 The kids had a great time playing on the trampoline. Probably too many kids on it at once, but fun nonetheless. 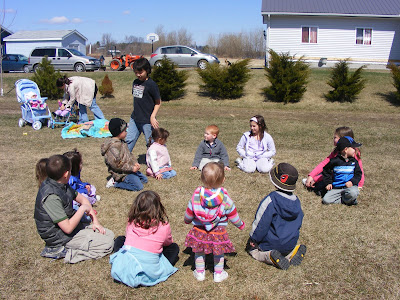 Even a game of duck duck goose! Hannah is trying to get in on the action. 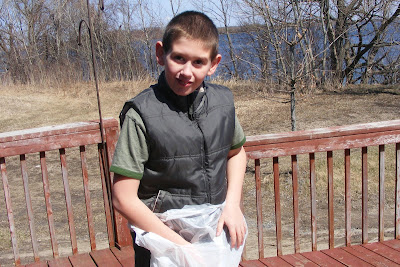 Elijah so rarely lets me get a good shot of him. I think he would rather just be busy with life than posing for pictures. 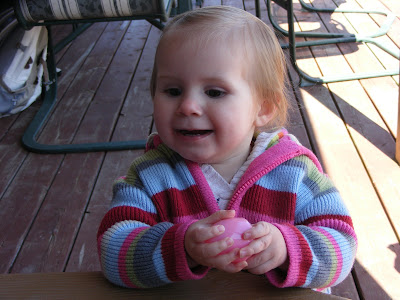 Hannah had a good time too. As there house is right on the water there was quite the breeze coming off the water, so the little ones and some of the bigger ones went in the house to play. My two oldest boys stayed outside, they were treated to a wagon ride. On their little excursion the 4 wheeler that was pulling them got stuck in the mud, as they became free of the mud some of it went flying. Both boys were hit but I think Josh had the most of it. For the boys the mud was the icing on the cake!!! 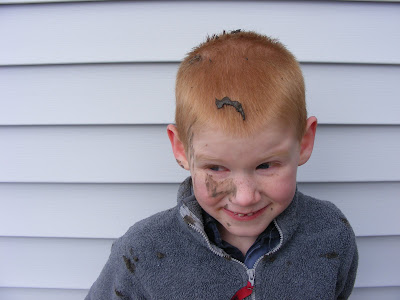