We have been looking forward to the Olympics for quite sometime. It is not often that they are in your own country and I am sure that has added to our excitement. I have always enjoyed watching both the summer and winter games and we have decided to use the games as part of our home education curriculum. There are so many things that one can study when it comes to the Olympics and we are going to do as many as possible.

Just some other things that you could study with an Olympic theme;

Something else we are doing is putting up a chart to keep track of the medal count. Canada has never won an Olympic gold medal on our own soil. We have won lots of Olympic gold medals just never in our own country. We are hoping this will be the Olympics to change that. We are definitely going to be charting our progress!

Another thing we figured out was that we are approximately 3548 km or 2205 miles from Vancouver BC. That would be quite a trek to take. We have watched the torch travel all over Canada over the last 106 days. If you want to figure out how far you are from the games go to Time and Date just find the closest major city to where you are and then find Canada – British Columbia – Vancouver and it will calculate the distance for you.

The kids all got one of the Olympic Mascots and have been having fun snuggling them. 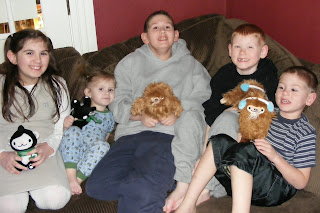 Hannah is in her pj’s because she has been under the weather. We have been fighting off nasty colds and she has a fever that just doesn’t want to go away. 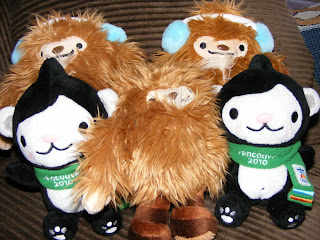 Here is a close up of our snuggly guys. You can meet them at the Mascot website below. A fun site for the kids is, Meet the Vancouver 2010 Mascots

Another site to check out is,
Vancouver Olympics Official Website

Here is some of our kids latest Olympic artwork!!! 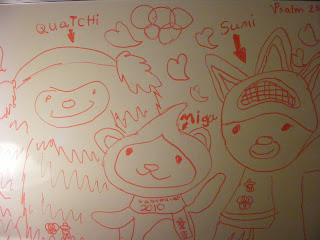 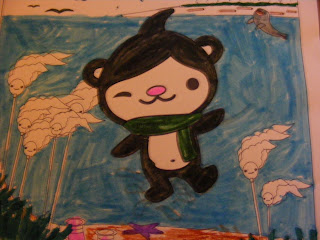 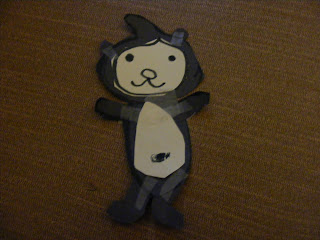 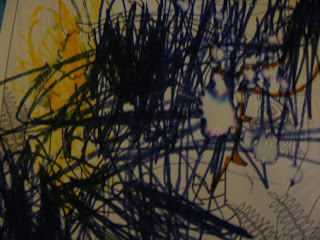 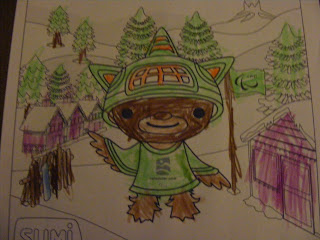 Taliah is my main artist but Joshua is getting into drawing too, and Joel contributed one piece too!

Our children all have different sports that excite them and they really want to watch and see how we do. Of course, we are red and white and cheering “Go for Gold Canada!!! Go Canada Go!!!” The great thing though, is to see all these amazing athletes from all over the world coming together and it really is a celebration of strength, courage and athletic ability. In some way it unites us as we all cheer for our own athletes. Of course we all want our own athletes to do well but at the same time I was on the edge of my seat watching Usain Bolt from Jamacia run the 100 metre and who could forget Michael Phelps winning 8 gold medals at the summer games in 2008!!!

I feel it would be wrong to post about the Olympics without honoring Nodar Kumaritashvili. A 21 year old Olympic luger from the former Soviet republic of Georgia died today in a horrific luge accident at Whistler. Words really fail us when tragedy hits. I cannot begin to imagine the hope and pride his family was feeling with him coming to the Olympics only to be replaced by such grief and loss. Please join with us in lifting up his family friends and fellow athletes in prayer as they try to make sense of this tragedy. It is my prayer that they feel the peace of God, which surpasses all comprehension. Phil. 4:7