A few posts ago I mentioned that Joel’s good eye was starting to show weakness. Oddly enough he favors his eye that is turned in slightly. They are going to wait until he has finished all of his chemo treatments before intervening with the left eye, in the meantime they want his right eye to strengthen. We have to put on a patch for 3 hours everyday. I had no idea that placing a simple patch over the eye could transform ones child from a sweet cuddly guy to a scurvy pirate.
For three hours a day it is like having a rather friendly version of Black Beard or Henry Morgan wandering the house! 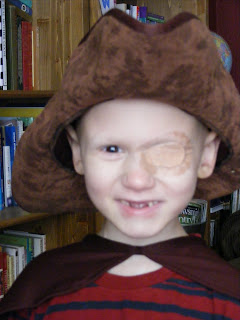 Of course, what good pirate would go off exploring all by himself, and want kind of mischief can you get into all by yourself?? You may as well bring a long a partner in crime. 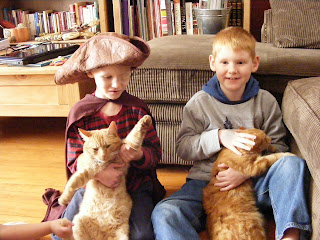 These boys have the barn cats inside our house. Not really where I want them but you guessed it, I’m the one taking the pictures! Their hair and um fur practically match 😀 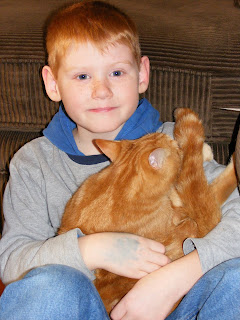 Trumpkin the cat looks like he has the steely stare of a pirate. 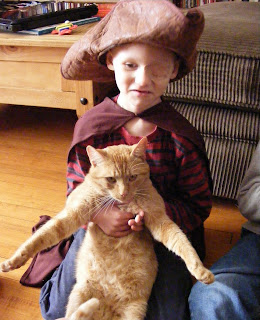 These two cats have been great they always come up to the kids for belly rubs and even though they get lugged all over the place they have never nipped, scratched or hissed at one of the kids. 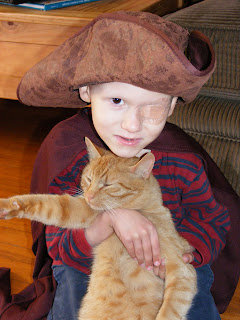 While she doesn’t fit with a Pirate post, perhaps we will call her the Princess. I had to stick in a picture of her too. Taliah made tiny little braided buns in Hannah’s hair. I did not quite capture it in the photo but it was too cute. 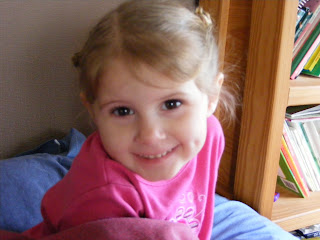