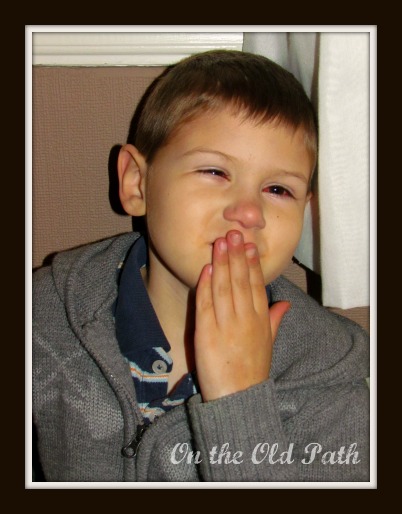 We are finally home after along day, and it was a good day.  I am currently going through a bout of insomnia and if anyone has tried and true remedies I’d love to hear about them I have struggled on and off with it for the last 20 years.  Last night was one of my worst nights and when morning hit I was not thrilled that it was time to get my feet moving.

Thankfully Dave was coming with me so I did not have to drive.  Joel woke up and he was pumped I think he is the only cancer kid/survivor that is excited about going to the hospital, he loves CHEO.  I had done my best to explain what was going to happen and I was a little worried he wasn’t grasping it when he said he couldn’t wait to get going.

We got to the hospital and he told me he was hungry, I reminded him that we would have to wait until after surgery.  Dave and Samuel dropped Joel and I off at the hospital and went to do a little window shopping.  Unfortunately, they do not want any siblings at day surgery so Dave and I are sneaky about how we do things so as not to break the rules but still have Samuel with us.

Nemo was playing on the TV in the waiting room and he was content to watch the movie.  It wasn’t long before the nurse called us in to do vitals etc.  She asked if I wanted them to give Joel a sedative.  I said, “No Joel won’t need one.”  “Are you sure?  Some of the kids can get freaked out by the mask and things go smoother if they have had a sedative.”  I told her Joel is good with the mask.  At this Joel put his hand over his mouth and nose and made heavy breathing noises and then slid to the side like he had fallen asleep.  The nurse laughed and said, “I guess he’ll do fine with the mask.”

I got Joel changed in to his hospital jammies and we went back to wait some more.  Now Happy Feet was on the TV, once again Joel was content to watch and play with his stuffed animals as we waited.  Surgery was scheduled for 1:15 and by 1:25 they had come for us.  Joel had already been decked out with a portable DVD player to watch a video as they put him under.  This is a tradition that started about 2 years ago when Joel made his daily trip through the labyrinth of hallways from the children’s hospital to the general hospital for his radiation they lent him a portable DVD player for those trips and he would fall asleep while watching so it became something that he expected.

He was eager to get going and smiled when I got into my gown to accompany him into the operating room.  He happily hoped up on to the operating table and went sweetly off to sleep.  It was almost 2 o’clock when I found Dave and Samuel, we went and got myself something to eat and headed up to our old stomping grounds the 5th floor.  Joel stayed there for 7 1/2 weeks after his brain surgery.  We went to the family room where I could sit in a comfortable chair to nurse Samuel and feed myself.

It was back to the waiting room and Dave and Samuel headed off for a walk.  They came back to find me still waiting at about 3:30 our surgeon Dr. O’Conner came out to tell us everything went well and Joel was in recovery.  It is a bit of a wait and see with this surgery.  It is about 60% effective so we are praying that we fall into the 60 not the 40.  It will take time for Joel’s eyes to heal up and during the healing time they could turn in or out he could see double these are all normal side effects.  Or they could just be straight.  He told me we need to give it 3 months to be sure the surgery was a success.  Hurry up and wait some more.

While we were waiting for them to call me into recovery we saw an old friend Frances, she volunteers on Mondays holding babes in the NICU, how blessed we were to run in to her.  Shortly after we said good-bye it was time for me to go in with Joel and Dave and Samuel had already headed off on another walk.

I walked into the recovery room and was greeted by a round of Hello’s from all my nurse friends.  I had got to know the team really well as Joel was sedated for his 30 rounds of radiation and for 6 weeks we were there 5 days a week.  They were all commenting on how good my sleeping babe looked with his round cheeks and his head of hair, and that he had grown.  It really was like seeing a bunch of old friends.

True to form Joel took a long time to wake up, once he was showing signs of waking up we headed over to the day unit.  Joel had tried to rub his eyes a few times.  I kept giving him cold cloths instead and encouraged him not to rub.  His first words to me were, “There is something wrong with my face.”  I reminded him that he had surgery on his eyes, and that they might be sore or itchy but it was important not to rub.  Over the next hour Joel plowed through 7 Popsicle, and was happy when at around six o’clock we were able to finally go home.

We found Dave and Samuel and headed to the van.  We stopped to pick up some Tylenol &  Advil  just in case but I think Joel is most likely going to soar through this recovery like he has so many others.  Joel has never with all of his surgeries complained of side effects or pain he amazes me.  He has experienced more than his fair share of side effects but he has never let it get him down.

If there is any medical personnel reading this post the next line might upset you but we know our Joel.  On our way home Joel got a cheeseburger, french fries, fruitopia, an ice cap, boston cream donut and a cookie and he ate most of it!!!  So much for a light diet for the rest of the day.  Joel has never been sick after sedation and is always famished.

Just as we got on the highway headed for home it started to pour rain and then in the dark grey sky we saw the most amazing rainbow.  It was beautiful and it felt like it was meant just for us.  I felt like it was God saying , “I know you, I carried you, I am enough, I am your everything, I am all that you need, I know Joel, I know all he has endured, I have not forsaken my promise to never leave you, Love your heavenly Daddy!” 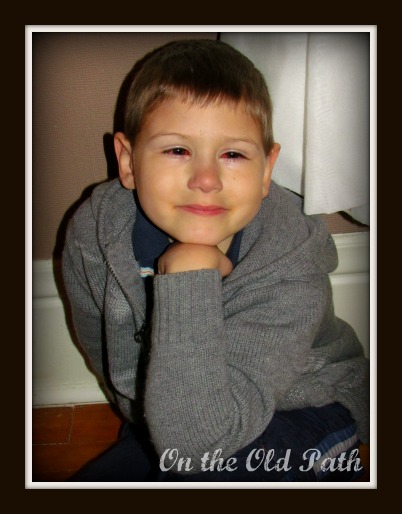 Once home Joel was joking around with his brothers and sisters, talked to his Gramma on the phone and played for a while before asking to watch an episode of Little House before bed.  A really full day and if it weren’t for the swollen blood-shot eyes you’d never guess he’d had the day that he did.