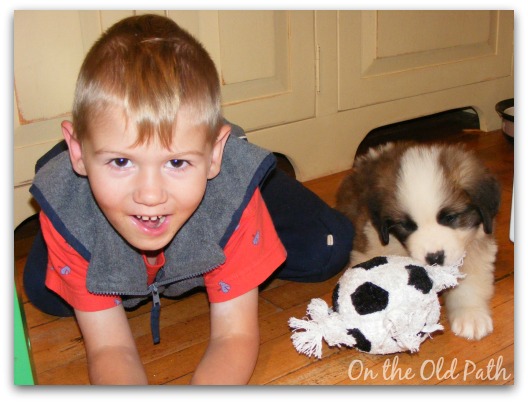 It is a beautiful sunny day… not unlike 6 years ago today.  March 26th and 27th stand out on my calendar  as days I remember.  It is no ones Birthday or Wedding Anniversary in our family.  Yet they are 2 days I choose to mark perhaps rather sombrely.  I am not even sure if that is the right word.  I get emotional every time the end of March rolls around… is that even the right word, perhaps sensitive is a better term?

I asked a friend to pray for me last night as I could already feel the weight of this weekend and knew it could be a really tough weekend if I let.  I thought about why these 2 days get to me, I have been through other hardships and I could not tell you what day of the year those things happened.  So why March 26th and 27th?

6 years ago today I buckled my smiling fearless four-year-old in the car for the last time…yet not the last time.  It would be the last time I would buckle in our Joel before cancer.  I still have Joel I just don’t have the same little guy I had before March 26th.  I think that deep down inside I have a need to remember my Joel before he changed, and it does make me sad.  There is joy there too but sadness over the loss of what was.  I am so glad I do not live 365 days a year looking back.  I think I have subconsciously held on to these two days to remember him the way he had been.  Is that wrong?

I know that if March 26th had played out like any other day 6 years later I would be looking at an entirely different Joel anyway.  Elijah, Taliah, Joshua, and Hannah have all changed so much in the past 6 years, Samuel is only 5 and Moriah 7 months, but not one of them stays locked in time.

For Joel he changed so much, for those of you who have only known him after his brain cancer I wish you could have known the boy I remember.  He was far from perfect, he was so strong-willed.  I use to say, God had given him a strong will so that when he was grown he could stand firm and not be shaken.  I had no idea he would need to stand firm so young.  If you know him today he still has his strong will and he is not the easiest boy to parent.

Joel struggles  scholastically, and his speech has never returned to ‘normal.’  It is ‘normal’ for us as we have become use to it, yet when he tries so hard to get out his thoughts there isn’t a day go by that I wish he could just express his thoughts with ease.  He has brain damage, but this does not make Joel unintelligent, he is really a very smart guy, very thought-full, he just has a lot of challenges you and I do not have.

When folks ask how he is doing now, it is a difficult question to answer.  In many ways he is like any other 10-year-old boy, in other ways he seems stuck in time.  I do see small changes, and I pray for steady improvement even if it takes 2 or 3 times as long as others.  I mentioned he is hard to parent, oh some days I feel like we are getting nowhere with him, but God has also blessed this boy with a sweetness that pops up when you least expect it and my heart turns to mush.  He is a gift.  A gift I have been allowed to keep 6 years longer than we might have.  6 years longer than other parents we know who had to say good-bye far too soon.

As much as I choose (whether consciously or sub-consciously) to remember my 4 year-old Joel, one thing I have never done is imagine what he would be like at ten had he not walked the path that was laid before him.  I think that would be pointless.  It may be pointless for me to remember my Joel as he was, yet I feel in away I am honouring the little boy that was innocent to hardship, and preparing for another year of continued healing and changes that lay ahead for Joel.  I am hopeful.  I hope one day I can look back with only joy at what was, and live fully embracing what is now, without mourning what was, be gentle, I am a work in progress …aren’t we all. 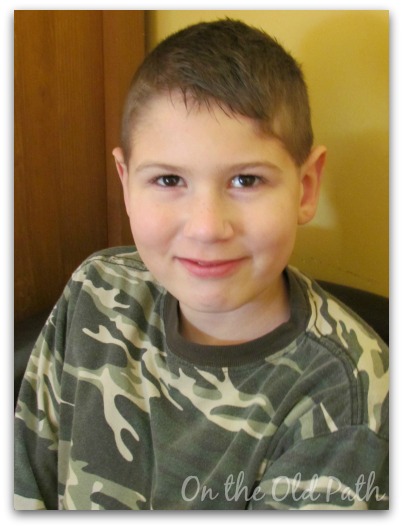 I love you Joel, you strong, brave, melt my heart boy…  ~Momma