Oops, I got a little side tracked last night and did not get this up right away.   Last Friday at the eye doctors it was apparent that Joel’s eyes have changed.  Previously, the doctor felt that Joel’s eye that is turned in would not be helped with corrective lens.  However, things have changed over the last year and he now believes there is a chance that corrective lens could help.  At this point he does not feel they will affect much change and that Joel will most likely still require surgery.  Yet there is a small chance that the glasses will help and in that case is worth the effort if it were to mean we could avoid surgery or require less correction during surgery.

At this point Joel is very happy with his new glasses and seems to be adjusting to them well.  He says they bug his ears and some times his face itches.  Everyone has told him how handsome he looks.  I think he is pretty pleased with them.

He has two pairs that are slightly different… 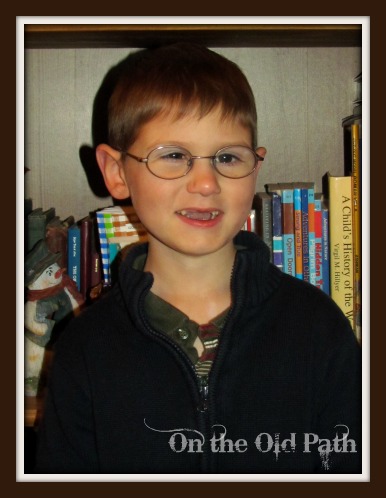 He took off his sweater to show that he changed his glasses.  (He really is a cute little guy.) 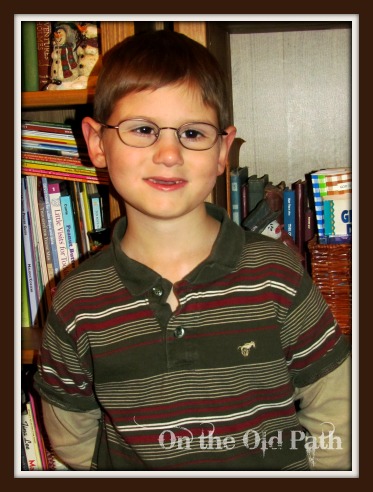 Oh, Joel picked out his glasses himself, I wanted this to be a positive experience for him and decided I would let him pick them out.  Once we got there I had a few moments of fear that he would pick out some crazy Elton John type glasses, but it turns out he has rather conservative taste. Whew!  I think the second pair are my favorite ones.  So what do you think of Joel’s surprise he is eagerly awaiting your comments!!