So it might not be the most appropriate blog post title, but it has you wondering doesn’t it?   If you are a regular reader you might have noticed the odd comment here and there that I have made about our van’s slow and painful (on the pocketbook) death.  Our plan was to buy a new van next spring when income tax returns come in.  Unfortunately,  our van had other plans.  It wanted to spend the income tax return now on all sorts of repairs.  It became evident that we were going to have to change our plans and get a new van before this one put us in the poorhouse.

I am sure I will miss some of the things that were wrong with our van and Dave will say to me later,  “You forgot to mention…”  I will attempt to document the list of problems.

It was time to say Good-Bye… 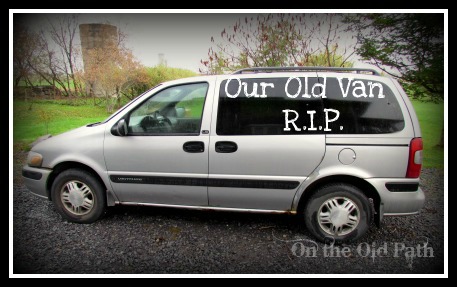 Last Friday we became the proud owners of Goliath or Big Rig…  do you really need to name your vehicle?  At any rate he isn’t the color I would have picked but it fits us comfortably and with 6 FAST growing children it is nice to know there is room for growth. 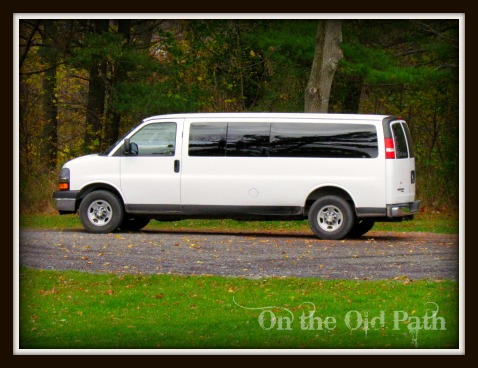 Our children were all happy to get in and go for a drive (more about that in a future Field Trip Fridays) but first Joel wanted to try out the drivers seat and Joshua opted for shotgun! 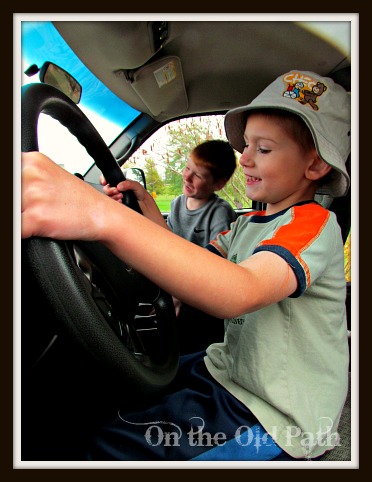 Samuel may not have looked super impressed but I think he is liking the new van too! 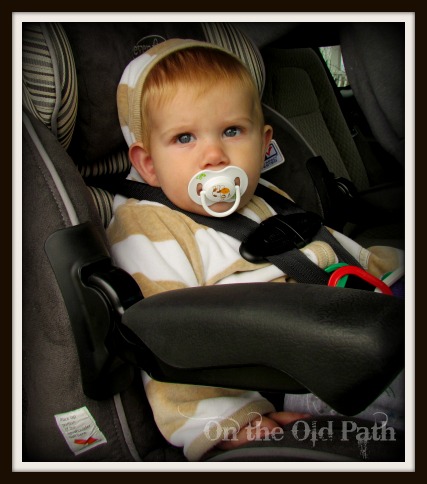 I’ve had these stickers for years but never used them.  Now,  don’t think that I have lumped Joel,  Hannah and Samuel in with the pets there is a knobby thing on the window and I had to work around it.  Poor planning on my part I should have put them on above the knobby thing.  Oh well.  My children would like me to point out that we have 3 barn cats and a 4th that comes and goes.  Can you imagine if I had put all the chickens on there too??!!  I did not have 3 cat stickers so the one represents all of our kitties. 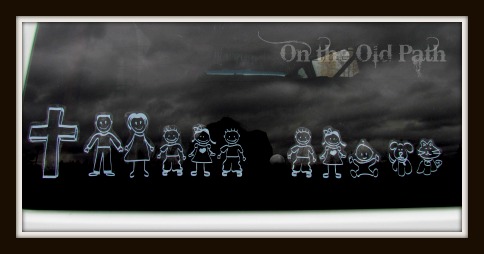 So if your needing a ride we probably have room! 🙂