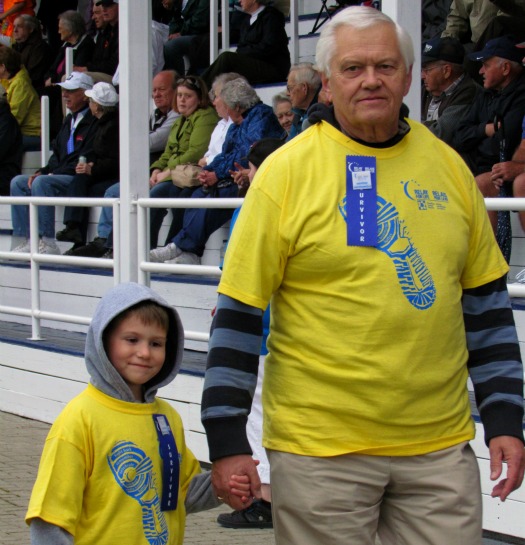 Friday was an incredibly busy day.  Any day around here can be busy but Friday really had me flying.  Dave came off his night shift and headed to bed and I was busy with everyday stuff, but I was also getting ready to head up to the Children’s Hospital with Joel.  I woke Dave up around noon, and Joel and I headed out shortly after.  Joel was having his first MRI without any sedation.  He is 6 years old and big boys do things like that you know.  Our hospital has special projection goggles so Joel could watch a movie during his MRI, on our way to the hospital we stopped and rented a movie to watch.  I thought that something new might hold his attention better. Before we got to the hospital we dropped off some books, grabbed some lunch and got to the hospital almost 45 minutes early.

I was hoping that maybe they would take Joel early if they were running ahead of schedule.  His appointment was for 2:45 and it came and went, so much for starting early.  About 3 o’clock they got things moving.  Joel was very brave and hopped up on the table, put on the head phones, helmet like thing, and goggles and laid perfectly still.  About 45 minutes into the MRI they got Joel up to switch things around to do his spine.  They did a couple quick shots and came in to inject the contrast.  I had prepared Joel ahead of time, just one little poke.  Like any kid, even though he has been poked more times than I can count he still hates being poked.  Bravely, he took his deep breath and in went the needle, no blood return, not a good sign.  She moved the needle back and forth trying to get the vein, nothing. Out came the needle and I told Joel one more poke, still laying still, “WHATTTTTT?”  “It didn’t work Joel she is going to have to try again.”

Joel still laying still started breathing deeply and had this angry grimace on his face that made me think of the incredible hulk.  The nurse that couldn’t find the vein went to get some help. A cheery little lady came in and unfortunately Joel was none too impressed with her sing songy voice.  He took a deep breath and in went the needle, it was a piece of cake, even Joel was surprised by how effortless it was. 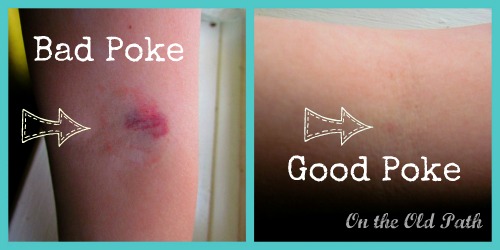 The final few images need to be taken and then we could get out of there.  As they started up again I noticed Joel’s feet wiggle and then wiggle again after an hour and a half of laying still he was starting to get antsy.  Over the mic system, “Joel not much longer you need to stay still.  They had to retake a few images because Joel was getting restless.  Finally at almost 5 o’clock we were done.  His MRI lasted almost 2 hours!!!

Our day wasn’t over yet, we had to race home and I mean RACE!  We were off to the ‘Relay for Life’!!  Technically, we were supposed to be at the fair grounds for 6 o’clock to register him as a survivor.  We got home a few minutes after 6 Joel and I hopped into my Mom and Dad’s van and headed off to the relay.  Dave and the kids joined us there, and Uncle Kyle found us at the fair grounds too.   While the weather threatened to rain, it held off for a while. 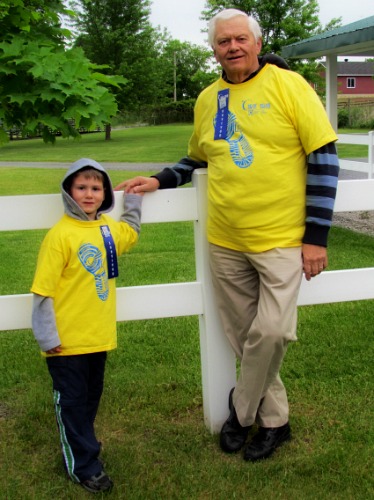 Our two amazingly tough fighters, so proud of these men!!! 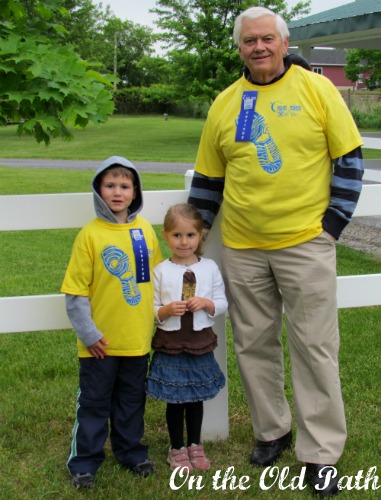 Hannah didn’t fully grasp the magnitude of the event but she was happy to be there! 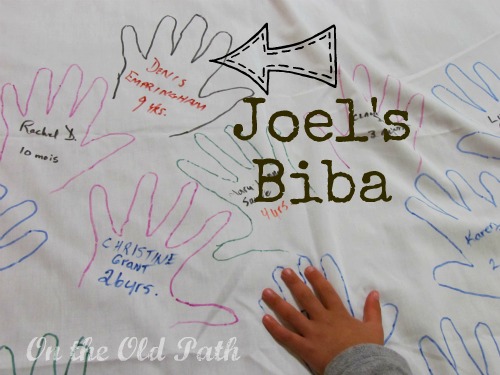 All of the survivors traced their hand and wrote how many years or weeks that they had been a survivor. (End of treatment) Joel’s hand is on top of his.  This flag was carried at the front of the victory lap!

Getting ready to march. 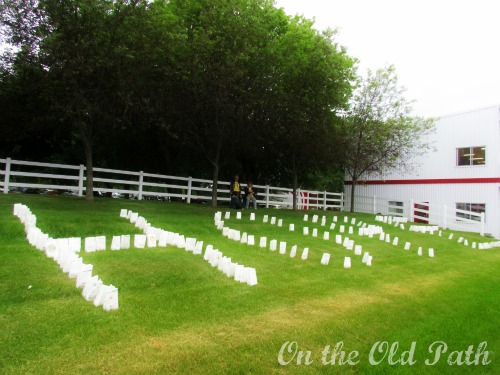 The survivors all got to make a luminary and there luminaries spelled the word Hope.  What a beautiful thing… HOPE! 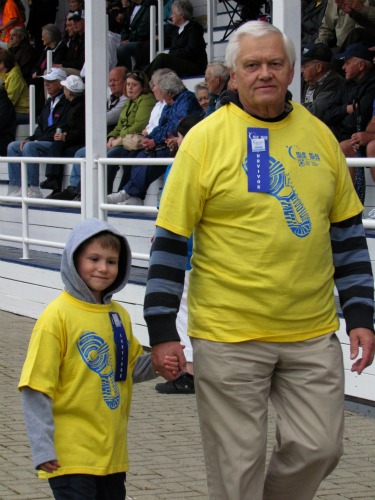 This is my favourite picture of the night, I love it.  Words can’t express how I feel looking at this picture.  Cancer is a scary word to be used in the same sentence as your loved one’s name.  When my Dad was diagnosed I remember the fear that gripped me, this is my Daddy, I don’t want anything to happen to him.  7 years later to hear that same ugly word used in connection with my son, again words fail me.  2 years ago Joel was in a wheel chair and on Friday he marched with all the survivors.  I am so proud of him.  He knew he was a part of something big, he proudly told people that he got to march holding his Biba’s hand and that they were survivors.  Yet, I don’t know if he really understands just what a gift it is to see them in their yellow shirts. 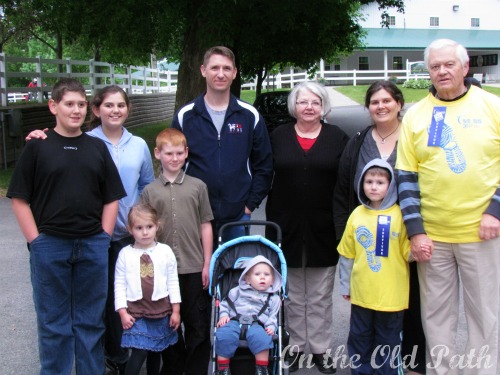 I am going to treat you all to one of my little videos.  It might be a little shaky in parts as the emotion of watching all the survivors do the victory lap moved me to tears.  It is hard to find Joel as he is short and there were a lot of tall survivors but if you look closely you’ll see my tough guy walking along holding his Biba’s hand. Joel is near the end so you have to be patient. After the victory lap we all walked a few laps. This was our first year going and we didn’t really know what to expect but Joel is already talking about next year.