Some of you might remember when Joel received his Make A Wish that his first idea was a chicken coop with chickens.  Well, shortly after I posted about that I received an email from a sweet blogging friend Quinn from Reformation Acres.  Her husband and son had been working on a portable chicken coop.  They had someone in mind to purchase it but when the sale fell through they offered it to Joel. (Well, our whole family.)   Incredible, right!!?!!
One small problem they live in the US and we are in Canada neither of us have passports… and so began the chicken coops grand adventure.  It traveled from Ohio to Pennsylvania and then in to New York state.  From there friends of mine met up with Quinn and her lovely family who had just spent all day driving, and picked up the coop.  They then brought it over the border where the coop stayed at their house for a week or two until we could arrange a time for them to bring it all the way to our house. 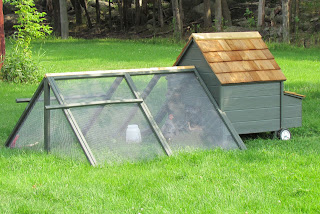 Isn’t it a fantastic coop!!  You move the coop daily, so instead of having a negative impact on the ground it helps it.  We have been having a lot of fun watching them. 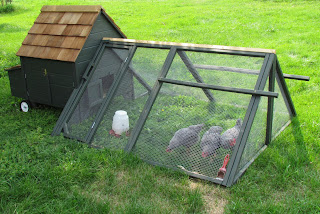 We can’t thank Quinn and her family enough.  It was incredibly kind of you to think of Joel, and he is so happy with his chickens. Thank you too, to Lisa and Robert for bring it over the border for us. We picked  up 3, 9 week old barred rock chickens to start.  We are going to add some more chickens later this summer.  I am a little worried that we have a cockerel or 2, we are pretty sure one is I am holding out hope that the other 2 are girls:) 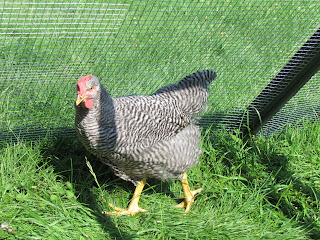 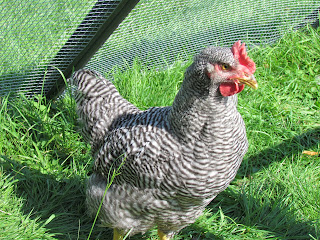 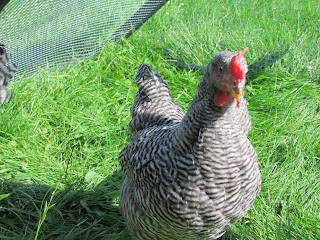 Can you tell Joel likes his chickens?? 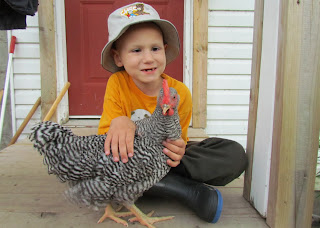 Looks like a rooster to me, what do you think???  Joel named him\ her Sky.  The chickens are just one more step closer to living the homestead lifestyle that we are longing to embrace. 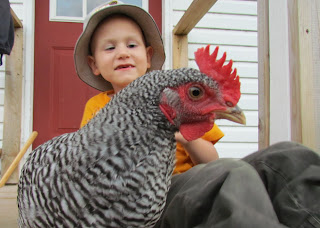