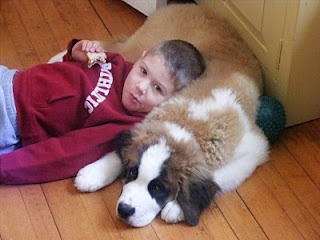 I haven’t read what Dave wrote as I am just taking a few minutes away from Joel so I apologize if I am repeating what he has already said.

Brain Tumor those are two words that no parent ever wants to hear in reference to their child. They hit you like a brick wall. Nothing can prepare you for it. Sure the thought crossed my mind when I googled child with headaches and vomiting, but still he was running around and playing. That couldn’t happen to my child.

Everything happened so quickly we have barely caught are breath, no sooner did they say large mass on his brain then they were saying massive tumor and hydrocephalus he would need an MRI and after the MRI they told us the myriad of things that could go wrong during surgery…

Death
Paralysis
Mute
Need to learn to swallow all over
Trouble walking etc.

Trust in Jesus, Our Great Physician.

Joel slept well but I couldn’t I was laying on some crazy chair that converted into a bed if you can call it that in a skirt. I just could not shut my mind down my thoughts were racing to every possibility under the sun.

The day before around 3 in the afternoon Joel shut down verbally and although he followed direction he would not speak. So when he woke up at 5:30 and was talking I was relieved. He was really chatty between 6 and 7 am and then he went non verbal again. Our Pastor and two other men from our church came at 7:30 am and we prayed and anointed Joel with oil. The surgeon came in at 8 am and I asked him if he would mind if I prayed for him, he said not at all so as soon as we had prayed for the surgeon it was off to OR we went as far as we could with him. I told Joel I loved him and gave him a kiss…all though he was non verbal he reached up and rubbed my cheek. I felt like my heart was being torn from me as they rolled him away.

The men from church stayed with me until Dave arrived. It was a long day of waiting. After about 5 hours we got our first update he was stable and they had removed a piece of the tumor and it had already been sent to pathology. A few hours later they told us Joel was stable and the surgeon was happy with the progress. We then heard the tumor was out and they were beginning the closing up process. Finally they came and got us after almost 11 hours!! I was on cloud nine he is alive and he was asking for me…NOT MUTE Praise God!!!

Then I saw him tubes and cords face swollen he looked terrible one leg wasn’t moving his eyes weren’t tracking together and he was in pain. Then it hit me we are only over the first hurdle. But Praise Jesus we are over it.

We have no idea how long things will take they think the tumor is completely removed yet there is the possibility that there is still some, another MRI on Sunday or Monday will answer that question. They think it is malignant but again we wait for pathology to answer that. There is a possibility of him needing a shunt to drain the fluid around the brain. So we wait. But we will praise Him and worship Him while we are waiting!!!

Thank you all for your love and prayers God Bless you all!!!

Oh and his other leg is moving now!

Here is a picture of our little man to keep in your heart as you pray!