I don’t know how or from where but Dave and I both ended up with pink eye. Definitely not my idea of fun. Dave’s eye puffed up a little and was red, with ‘some’ discomfort. My eye wasn’t that red only slightly puffy, but it felt like there was sand in my eye and it was insanely itchy. I wanted to crawl into a hole and hide. I think it was intensified by the fact that Dave’s eye was nothing more than a slight irritant.

Dave couldn’t go into work because of how contagious it is supposed to be. He said those were the 2 best sick days of his life he felt great but because his eye was still teary and red he had to stay home. I on the other hand was ready to claw my eyes out. So we got some drops for our eyes that had an antibiotic in them that was supposed to clear up our eyes. I forgot to mention both of my eyes were infected (Dave JUST ONE!) Well the drops worked great for Dave… you guessed it, it only seemed to make my eyes worse. I felt like a crazy woman after the drops went in the itching was multiplied exponentially.

I knew I could not continue with the over the counter drops so I decided to go in search of a home remedy. I have heard that breast milk works like a charm, but sadly I do not have any nursing babes at this point 🙁 I read a whole host of crazy ideas of things to put in your eyes. Eyes the precious little thinks that open up a huge world of fantastic things to gaze upon. The same amazing small things that if you get a bit of dust or an eyelash in stinks like crazy, yes, when I read it will sting or burn I thought no way am I trying that.

However, I came across the suggestion of Chamomile, Chamomile has always seemed to epitomize comfort so I thought I would try it. 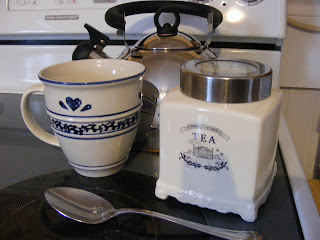 I had also read about using warm compresses so I started with pure Chamomile tea bags. 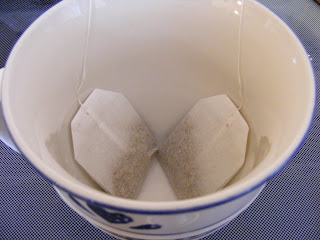 I let them soak in a mug of hot water that had boiled. 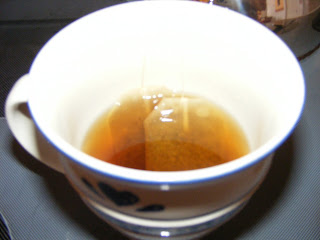 After about ten minutes I then placed them on my eyes until they had cooled off. 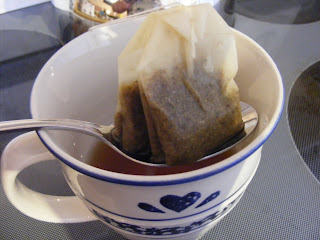 Immediately the itching was lessened. Once the children were all in bed I repeated this method then I took a sterile eye dropper and dropped several drops of the tea in my eyes and just kept rinsing them. Again the Chamomile was very soothing (and smells nice too!) Note: I let the tea cool first 🙂

My eyes have pretty much all cleared up. Now I don’t know if Chamomile is commonly known for this but I didn’t know and so I thought well if this helps someone else out great!!!
I do have a question for you all about red raw hands. Taliah has started with a rash around her nose and mouth the doctor tells us it is eczema. Taliah is a bit of a germaphobe and washes her hands excessively. She has been applying cream regularly but her hands are getting worse and we are now starting to see little bumps on her hands too. Any ideas of how to help her???